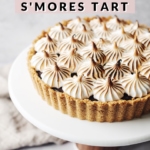 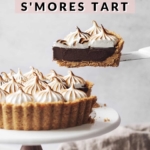 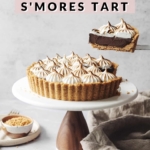 This no-bake s'mores tart is the perfect alternative to campfire s'mores with its graham crust, dark chocolate ganache filling, and toasted marshmallow meringue. It's rich and decadent and meant to be shared.

I've already expressed how much I'm in love with my blowtorch so I had to pull it out again for another s'mores dessert. I'm obsessed with the way the meringue browns and curls up on itself and completely transforms from white blobs into toasty goodness just by passing the torch over it.

How to make a s'mores tart

This s'mores tart starts with a classic graham cracker crust. There's no need to bake this crust, just make sure you:

Next comes the dark chocolate ganache filling. This filling is crazy rich and decadent. It's a step up from the melty chocolate square you pop into a s'more.

All you need is chocolate of your choice (I used dark chocolate) and heavy cream (whipping cream also works). After you pour the simmering cream over the chocolate, let it sit undisturbed for 2 minutes before stirring it. This is the best way to ensure all the chocolate melts evenly and you're not left with chunks of chocolate in your ganache.

Lastly, top your s'mores tart off with toasted marshmallow meringue. This meringue is lighter and fluffier than regular marshmallows but it still adds that fun toasty, gooey-ness that you get in a s'more.

The meringue is slightly more involved than the graham crust and ganache because it involves heating the egg whites and sugar over a double boiler but it only takes a few minutes and you don't need a thermometer or anything.

You'll need a glass or ceramic bowl that fits perfectly into a small pot that's filled with an inch of simmering water. The bottom of the bowl should not be able to touch the surface of the water. The double boiler allows you to dissolve all the sugar into the egg whites without cooking the eggs. After that, you can just whip up the meringue like normal.

Pipe it onto your tart with a fun piping tip or just dollop it on into an organic mound like a classic lemon meringue pie and toast it with a blowtorch. 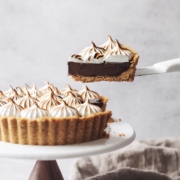 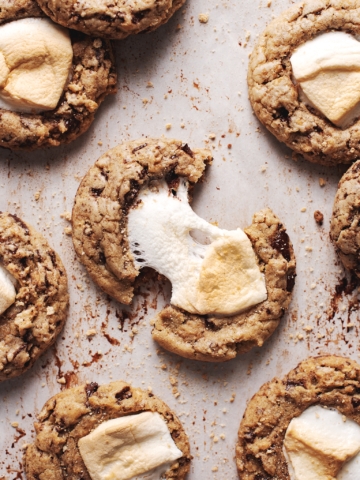 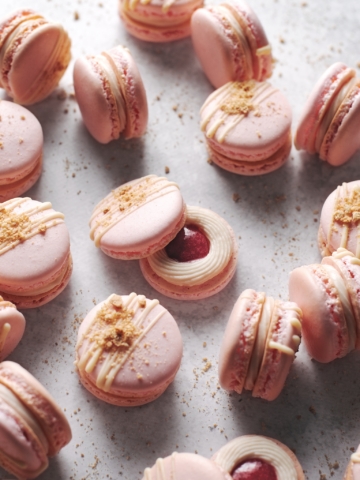